In honor of President’s Day, we thought it would be fun to pick our top five birthplace homes of our 44 presidents of the United States.

There are no specific reasons for our choices. We just found these particular homes rather interesting because of their architectural and historical uniqueness. After all, the history of home building in the United States is quite varied based on region, economy and trends.

Not all of our president’s original birth homes are around for us to see, but thanks to a site from The National Park Service; we were able to pick out our top 5. So…here goes! 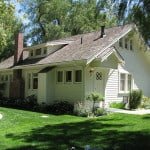 Richard Milhous Nixon was born in this modest house in Yorba Linda, California.  The one and one-half story, white clapboard siding house has a low-pitched gable roof.  This home is interesting because Nixon’s father used a kit to build the house in 1913. 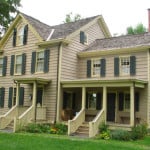 Caldwell, New Jersey is the hometown of Stephen Grover Cleveland who was born in this attractive house in 1837. The main part of the house is two-story with a one-story kitchen on the east side and a one-story lean-to at the rear.  We like this one for its simple and modest Federal details. 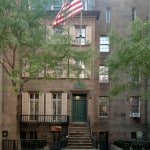 Theodore Roosevelt was born on in 1858 in New York City. This is a fascinating birthplace because it was a typical New York brownstone located in the city’s most fashionable neighborhood, complete with tree-lined streets. 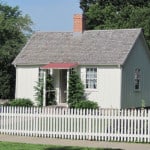 In 1874, Herbert Hoover was born in West Branch, Iowa.  This two-room cottage is part of the town his Quaker family helped to settle. The modest and humble home is special because it represents the town principles of honesty, hard work, simplicity, and generosity that guided Hoover throughout his life of service. 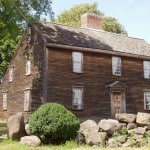 ...someday the house you live in could be the home of a president of the United States! You never know, so if you want it to look it’s best for someone else’s top 5 list, you can trust 3Rs Construction to do the job!  We specialize in home repair, home remodel, kitchens, bathrooms, mold remediation and dry rot removal.

Call 503-363-1059 or message us by clicking here. We’d be happy to give you the presidential treatment for your next home project!

If you would like to know more about the homes of our United States Presidents, 3Rs suggests that you look up: